Annoyed at the inevitability that VC-backed software platforms you rely on will spontaneously close one day and drop your years of useful data with no good way to export it in time even though you pay for their services? Me too, constantly!

I’ve invested several years of music curation into Spotify and realized it’s incredibly careless that I have never made a local human-readable backup. There are plenty of integrations that allow you to import your playlists into other streaming services, but it’s always good to have a local backup of things you have put a lot of effort into.

Conveniently, a lot of people have already written export tools, so I didn’t have to write any code; I just needed to gently massage my raw export a bit with jq filters to make it more compact and readable.

This support thread suggests SpotMyBackup, a web-based tool which unfortunately did not seem to work for me at the time. I instead ran caseychu/spotify-backup, a small Python script.

The documentation doesn’t include minor version info at the moment. I switched locally to Python 3.8 and it worked fine, but I didn’t actually binary search to find out which minor version was necessary, so YMMV.

There is a lot of extra data in there that you probably don’t often need as a user, such as available_markets, various unique Spotify IDs, album art image metadata, and so on. 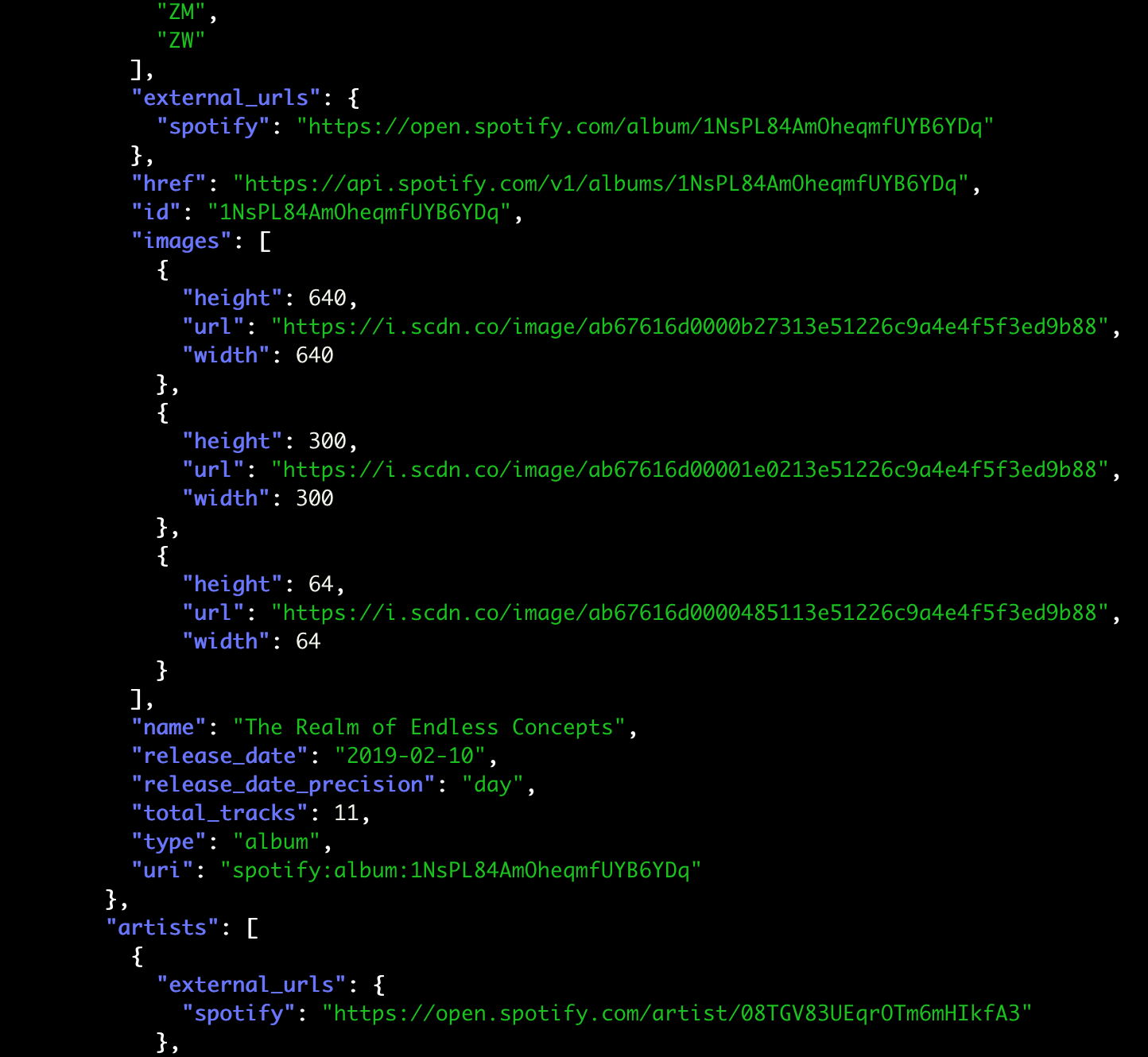 My raw text dump was a whopping 48.8 Mb, so I inspected it and sliced it up with jq, a truly spectacular and very powerful tool for command line manipulation of JSON files.

First, quickly looked over the structure:

.[0], “Liked Songs”, was a pretty long playlist, so I switched over to testing with a shorter playlist, .[1], for ease of reading.

Now let’s actually include all playlists in a reasonable format.

This is pretty much what I want! Ran it and dumped to a dated file.

This is 0.2 Mb, which is a lot more reasonable for several years of textual track lists. 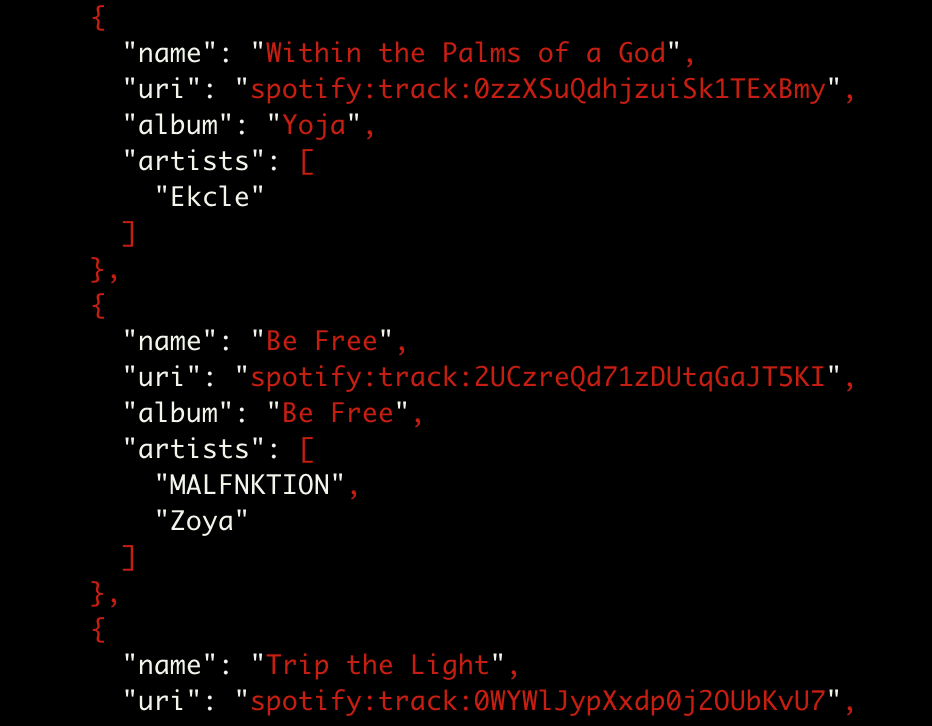 Thank you so much caseychu and stedolan for writing these handy tools!